Posted by aonenetworks On September 18, 2014 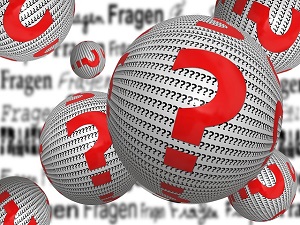 Just when you thought it was safe to go back into the IT jargon waters, here comes another new buzzword to boggle your mind. In this case, however, the term is fairly straightforward and almost user friendly. If you’ve been hearing the term around the office and have been nodding sagely while secretly having not the first clue what it actually meant, then you’re in luck. We’ll strip away the mystery and lay it bare just below.

As you know, the Cloud is an overarching, internet wide systems architecture that you don’t directly control. It allows you to remote store both data and processing functions so that they can be accessed anywhere by the people who have been given authority to do so. It sounds great because it is great.

The term Hybrid Cloud is simply meant to convey the fact that as Cloud technology continues to mature, companies will define more precisely which functions they want to keep strictly in-house and away from the Cloud, and which functions will be ported to the Cloud for more universal sharing and access. The mixing of the two, in other words, the combination of some in-house functionality, and some Cloud-based functionality is basically what the Hybrid Cloud means.

A New Term For A Basic Concept

This new bit of jargon wasn’t actually necessary at all, because the concept is pretty well self evident. Almost no one in practice makes every bit of their data and processing functions available on the Cloud. Almost no company, except perhaps for Cloud providers themselves, is 100% Cloud based. There’s actually very little to be gained by having every single thing in the Cloud. The law of diminishing returns kicks in at some point, and even if it didn’t, there’s always some information that companies generate that they’d prefer to keep to themselves, and close to the vest.

In other words, Cloud based computing has always been binary; it has never been an either or proposition. From day one, it’s always been hybrid. Adding the word “hybrid’ to the current buzzword to create a new more exciting buzzword doesn’t really accomplish much, and it doesn’t change what currently is.

At the end of the day then, the Hybrid Cloud is nothing more than a repackaged way of explaining the thing you’re probably already doing. Moving some of your data and services to the Cloud and increasingly partnering with outsourcing firms to handle certain parts of your IT, while making the strategic decision to leave other bits at home.

You can bet that in two to three years, you’ll begin hearing about the Neo-Hybrid Cloud, which will probably be a re-repackaging of the same thing you’re still doing. One thing you can count on is that tech folk love their buzzwords! In this case though, there’s not much to learn or see. If you’re already planning to migrate some, but not all of your data and services to the Cloud (which describes virtually all companies), then you’re already operating in a hybrid Cloud environment. You probably were before the phrase got coined. Carry on!