Why the Second Year of Business is Often the Hardest 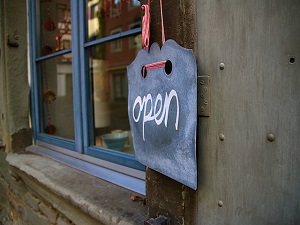 There’s nothing quite like striking out on your own. There’s enormous satisfaction is forging your own path by creating a business that you own and control. It’s a truly great feeling, especially in that first year when you’re generally fairly flush with cash, having poured every resource you could get your hands on into the enterprise, and the world seems filled with limitless possibilities.

You forge ahead at full speed, acquiring a space to operate out of, furnishing it, getting everything just so. Then you hire those all important first employees and hit the ground running, sometimes before the paint’s completely dry on your new offices. You’ve got all the colorful charts and projections that you took with you to the bank to sell them on your idea and get the initial financing to make the operation fly, and everything looks fantastic!

Maybe those projections on the colorful charts you showed to the bank were a little too rosy and optimistic. Sales are growing, but they’re not growing as fast as you had hoped. That, coupled with the fact that you got a little carried away in a few places when outfitting your office space. Probably didn’t need the top of the line servers, but got them anyway, and bought at least one too many. Definitely didn’t need the fancy espresso machine in the break room with the caddy that holds the fifty-six exotic coffee flavors, but it looked so cool when you bought it and all the employees were super excited.

It’s a Combination Of Factors

Small mistakes, individually, but those small mistakes are coupled with the slower than expected growth, and by the time the first year winds to a close, you realize that those possibilities you imagined aren’t so limitless after all. You’ve got a good shot at making it, but it’s going to be a lot harder than you first expected, and as you roll into year two, you realize that it’s up to you. This is your baby, your brainchild. If it falls, it’s on your head, but it’s not just you that will suffer. There are people counting on you for their livelihoods now, so the pressure is on.

That’s when you start putting a few things here and there on your personal credit cards and begin doing the delicate balancing act necessary to survive until your actual sales catch up with your vision of your sales. It’s do-able, but it’ll be touch and go for a while.

When The Bloom Is Off The Lily

Even if the above doesn’t perfectly describe your first year in operation, I’m betting you’ve got a similar raft of tales, and you know exactly what I’m talking about. By the end of that first year, the bloom is officially off the lily, and you realize that owning your own business is going to be a lot more work, and a lot less glamor than you first anticipated. That’s why most small businesses enter year two in a state of trepidation, if not outright terror.

Everything changes in year two. The rose colored glasses come off, the sleeves get rolled up, and you get down to brass tacks. If you survive year two and your sales are trending up, your odds for long term success go up markedly. If you crash and burn, well, the good news is that you’ve only lost a bit of time, and can dust yourself off, get back on the horse, and try again. When you do, you’ll be much wiser, and much less likely to don the rose colored glasses in year one the second time around, but don’t think about that outcome. Be clever. Be cunning. Be the leader that the people who are depending on you for their jobs need you to be, and get though that second year. Show them and the world what you’re made of. Once you do, the possibilities really are limitless.