This May Be Your Last Apple AirPort Router 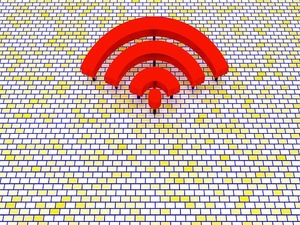 If you own a Mac AirPort Wireless Router, then it will probably be your last one. The company has recently pulled the plug on further development of their router line, and will stop the manufacture and sale of them going forward.

This is hardly bad news, nor a sign that the company is any sort of trouble. The people working in the company’s router division aren’t being let go; they’re simply being reassigned to other areas inside the company.

Apple first introduced its line of Wi-Fi routers in the late 1990’s in a bid to help increase the popularity of Wi-Fi on the thinking that this would be a growth industry that would power their bottom line in later years.

They were absolutely correct on that count. Wi-Fi has become an indispensable business tool, and is now ubiquitous in virtually every corner of the world. In most places where it isn’t, high speed LTE networks are available, so as far as Apple is concerned, it’s mission accomplished. Routers were never part of their core competency anyway, so it makes a certain amount of sense to dump them now that their day has passed, and the Wi-Fi market is robust and mature.

Besides, the engineers who worked in Apple’s wireless router division can apply their talents and expertise to other, more profitable areas of the company.

No firm decisions have been made or announced yet, but there’s some speculation that Apple could reassign its AirPort engineers to their Apple TV division, or to the long-rumored “Siri, Echo-Killer App.” Either of those could lead to a new dynamism in those products, or the tech giant could have something else entirely up its sleeves.

In any case, it’s important to remember that Apple’s Wi-Fi routers represented only a tiny fraction of the company’s earnings, so the decision to close down the division definitely isn’t a sign that the company is in dire straits, but merely that they’re strategically repositioning themselves.