Literally Every Yahoo Email User Was Hacked In 2013 Breach

Posted by aonenetworks On October 6, 2017 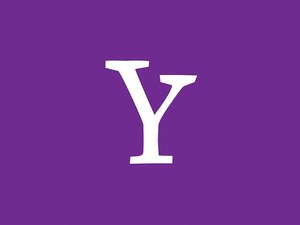 Late last year, Yahoo announced that it was the victim of the largest data breach in history. It impacted, by their initial estimates, fully one third of their user base, some one billion users.

As it turns out, Yahoo’s estimates were wildly inaccurate. Literally every person who had a Yahoo account in 2013 was impacted, making the total in the neighborhood of three billion accounts (yes, that’s billion, with a “B”).

If you’re a Yahoo user, and have had your account since 2013 or before, then your account was impacted, regardless of if you received a notification from the company.

You may be tempted to simply delete your account, especially if it’s one you no longer use on a regular basis, but don’t. Yahoo’s policy is to recycle defunct accounts after thirty days, meaning your account can be hijacked by anyone if you delete it.

The best bet is to change your password immediately and enable two-factor authentication to provide an added layer of protection.

Also, if you’re in the habit of using the same password across multiple websites, be sure to change any that share your Yahoo.com account’s password. One of the first things a hacker will try is to use compromised credentials on other accounts. If you don’t take immediate action, you’re essentially handing the hackers the keys to your digital kingdom and opening yourself up to identity theft, compromised bank accounts and credit cards and more.

In fact, this would be a great time to simply get out of the habit of using the same password across multiple web properties. It’s a bad habit, and if it’s one you’ve developed, then it’s time to make a change. True, it’s not as convenient, and having to remember multiple passwords can sometimes be annoying, but isn’t your digital security worth it?