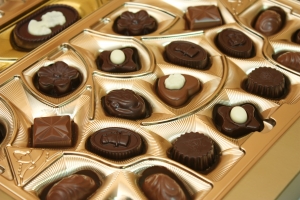 Recently, the Washington Post reported some interesting results from their poll. For example, 94% of respondents between 18 and 29 reported that they had an exceptional opinion of Google while 72% of those respondents said they had have a “very favorable” opinion of the search engine giant located in Mountain View, California.

Strangely enough, this makes Google more popular with twenty year-olds than chocolate, which only 90% of respondents had a “very favorable” opinion of.

A little over 75% of respondents said that they had the same opinion of Facebook. Apple came in with 71% “very favorable” opinions.

But Google’s good ratings don’t stop there. Apple and Facebook also lagged behind Google in the older age groups, though the margins were not as high as they were with the younger generations. If age is not taken into account, some 80% of applicants that called in to participate in the survey for 72 hours starting May 29th thought highly of Google. Overall, only 60% felt that way about Facebook.

Some experts believe that timing has everything to do with Google’s popularity during this survey. For example, Google has been developing the very popular Google Glass. Several improvements for current services were also announced, including some for Gmail and GoogleTalk, two of Google’s flagship services. Improvements to organizational tools for Gmail have already happened, and new versions of the app have been rolled out to Apple and Android products in the past few days. Overall, they have been received well, and this only contributed to Google’s popularity over the past few months.

Microsoft and their newest Windows 8 version were not included in the poll, though the popularity of Windows 8 has been slowly creeping up on Windows 7.